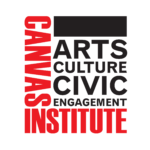 Bobby Digi, social entrepreneur, founder, community organizer, educator, and lecturer has devoted his life to strengthening and building community on a local and global scale. Born in Brooklyn, New York to parents of Nigerian descent and raised in the multi-ethnic Clifton section of Park Hill/Stapleton Staten Island, Bobby has always been inspired by the desire to bring people of diverse backgrounds together to discover solutions to the most challenging issues of our time. Bobby leads by example and utilizes his educational and professional opportunities to give back to the community and to inspire the next generation of leaders.

Bobby received a Bachelor of Science degree from The College of Staten Island (CSI-CUNY) where he completed a quadruple major in Finance, Economics, Accounting, and Business Management. Bobby’s entrepreneurial spirit was sparked while attending CSI and working at the Doctors Hospital of Beth Israel. A casual conversation with one of the resident doctors about the need many doctors shared for having their vacation homes maintained and managed inspired Bobby to create Henry’s Home Improvement, Inc.  Bobby started with one doctor who was pleased with his services and word spread quickly. This experience helped to develop his knowledge of real estate, property management, and maintenance and this became the first of many entrepreneurial ventures that Bobby would create.

After graduating from CSI, Bobby saw an opportunity to take his entrepreneurial passions global by creating Thello Entertainment Inc., a Japanese/New York-based record label that specializes in artist development, event management, and music production. It would be the first African American-owned entertainment label established in Tokyo representing and bringing diverse artists together from Asia, Europe, North America, Jamaica, and Africa, which quickly created a sensation in the music and entertainment industry.

After spending seven years in Japan, Bobby returned to his hometown of Staten Island in order to strengthen the Thello brand in the United States where he saw the need for a live music performance venue and production studio. He created the popular Notes Lounge, which fast became the premier performance venue in Staten Island, attracting top performers, artists, musicians, fashion designers, politicians, tourists and locals alike for a unique cultural experience and exchange.

The global success that Bobby had achieved made him a recognized role model and leader within the community and this inspired Bobby to found and incorporate Island Voice, Inc. in 2007. The creation of this not-for-profit organization would give Bobby the platform to become a social entrepreneur and to empower those most in need locally and globally with a focus on youth empowerment. Through a partnership with Wagner College, Island Voice hosts an annual Youth Empowerment Summit that gives young people a voice to express their thoughts, ideas, and challenges in a team building approach, with professionals from the community, that focuses on leadership development, education and job readiness. To date this program has benefited over 7,000 youths on and off Staten Island. Through Island Voice, Bobby also founded the first African Heritage Parade in Staten Island in 2008 to celebrate the diverse African Diaspora cultural heritage in Staten Island. The Parade has grown to become a signature event in Staten Island attracting locals and tourists alike to experience the borough’s diversity. Bobby is a founding member of an early childhood initiative that adopts the collective impact method to address educational disparities on Staten Island. Several years later and many more community stakeholders onboard, the group is now called Equity Alliance of Staten Island (EASI) established to promote PK-12 educational equity in the borough.

Island Voice also hosts the Annual Shaolin Chess Tournament. Bobby believes that if children can learn the game, they can also apply those same lessons and strategies to making well thought out life decisions. In addition, Island Voice sponsors the annual Holy Moe Basketball Tournament in the Park Hill section of Clifton in order to surround the youth with positive adult mentors and to provide the youth with safe outlets to channel their energy during the summer months. In 2015, Bobby recognized that gun violence had become an epidemic in the North Shore community that he grew up in. He and two other community leaders implemented the Occupy the Blocks Initiative in partnership with concerned community members in order to empower the men of the community to secure their blocks throughout the summer months, while simultaneously connecting the youth in the community to resources and opportunities to keep them on the right path. Within months of the implementation of Occupy the Blocks, gun violence decreased to an unprecedented low with other communities looking to replicate the successful model.

On a local and global level, Bobby has utilized Island Voice to advocate for women’s rights and he has been instrumental in advocating for the return of the 276 Nigerian girls who were kidnapped by the Boko Haram terrorist group while the girls were preparing for their year-end exams. Locally, he has organized participants for the Annual Father’s Day Pledge held in Staten Island that unifies men to pledge against all forms of violence against women. He has been a guest speaker at fathers’ hood forums and programs.

When Superstorm Sandy hit Staten Island, Bobby realized that he and several of his neighbors on the Bay Street corridor were severely impacted by the storm that flooded the community. His neighbors asked him to advocate on their behalf, and he co-founded the North Shore Business Association and was elected President to provide services, information, and support for local businesses in the area. Bobby was instrumental in leading press conferences, rallies, and panels on the recovery efforts of Hurricane Sandy by working with city, state, and federal agencies to secure critical resources. After testifying before the New York State Senate, Bobby was appointed by New York State Governor Andrew Cuomo to the New York Rising Committee, which is focused on Hurricane Sandy Recovery and strengthening the State’s infrastructure and critical systems. Bobby has successfully advocated and secured $250,000 for the study of the St. George Promenade.

Bobby Digi is currently the Executive Director of Island Voice Inc., Founder of Canvas Institute of Arts, Culture & Civic Engagement, and the President of The North Shore Business Association. He was appointed to Mayor Bill de Blasio’s Transition Committee, and to New York State Governor Andrew M. Cuomo’s New York Rising Committee where he and other members successfully advocated for $28 million dollars in store recovery dollars.  He was also on the transition committee of Borough President James Oddo, President of the Staten Island Democratic Association (SIDA), member of Equity Alliance Steering  Committee securing over $1 million dollars for the early learning initiative for Staten Island, Bay Street Corridor Advisory Council, Chairman of the Tompkinsville business development committee, Department of Justice Community Relations Service Council, and Staten Island African Advisory Council. He is a member of Jasrac and Ascap, and the only foreign member to sit on the Japanese music panel Link Di Vibes.

Scroll To Top
We use cookies to ensure that we give you the best experience on our website. If you continue to use this site we will assume that you are happy with it.OkPrivacy policy